For the second time this year, Europe’s largest photo festival “La Gacilly” is currently held in the city of Baden near Vienna. This year’s topic is called “Hymn to the Earth”, promising a truly spectacular series of images: People, places, landscapes, and animal worlds from all seven continents. A total of almost 3,000 photographs await you as you walk throughout the city, providing for an eye-catching open-air stage during the summer months of June right through till September. 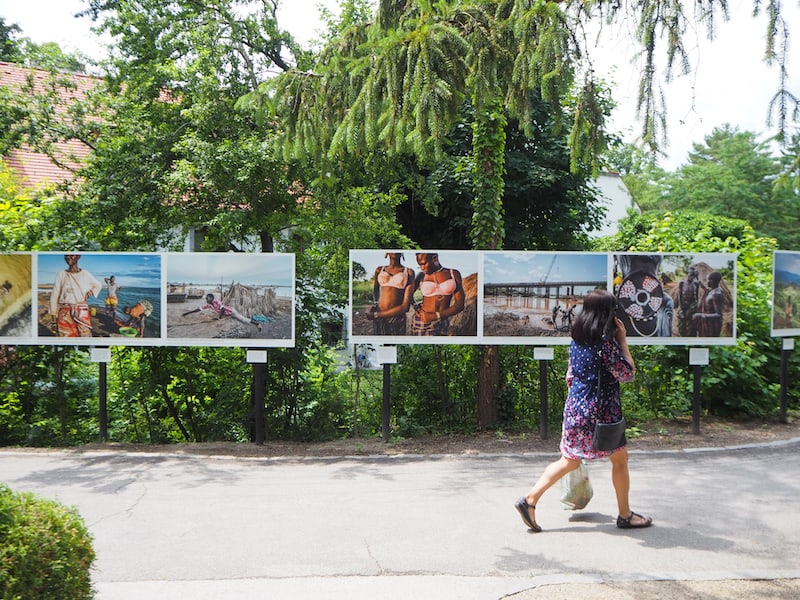 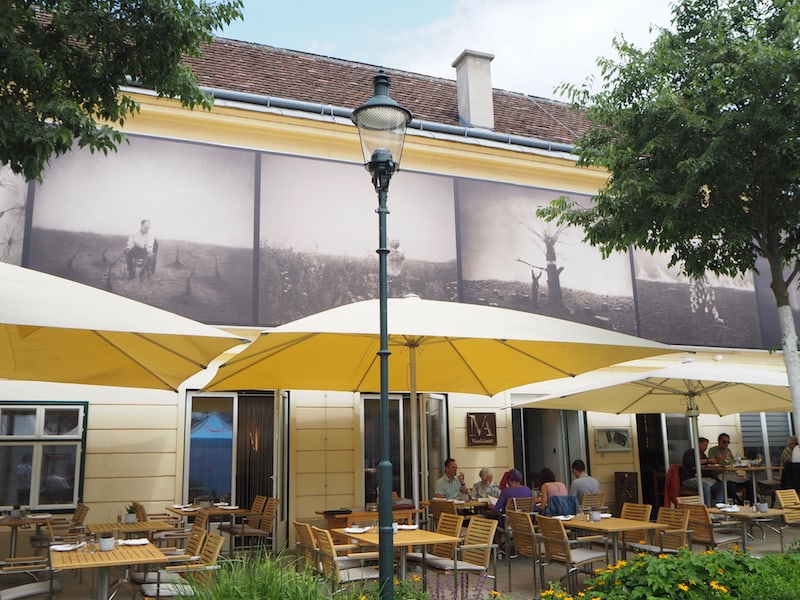 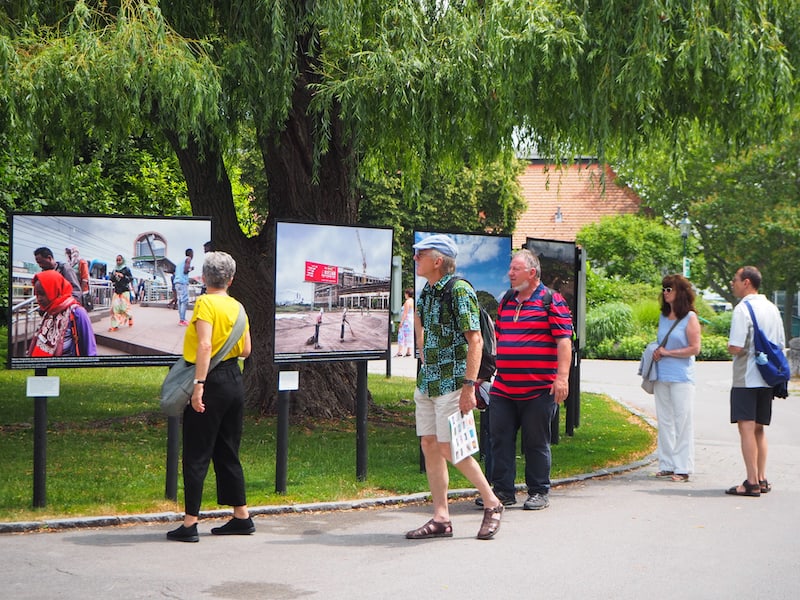 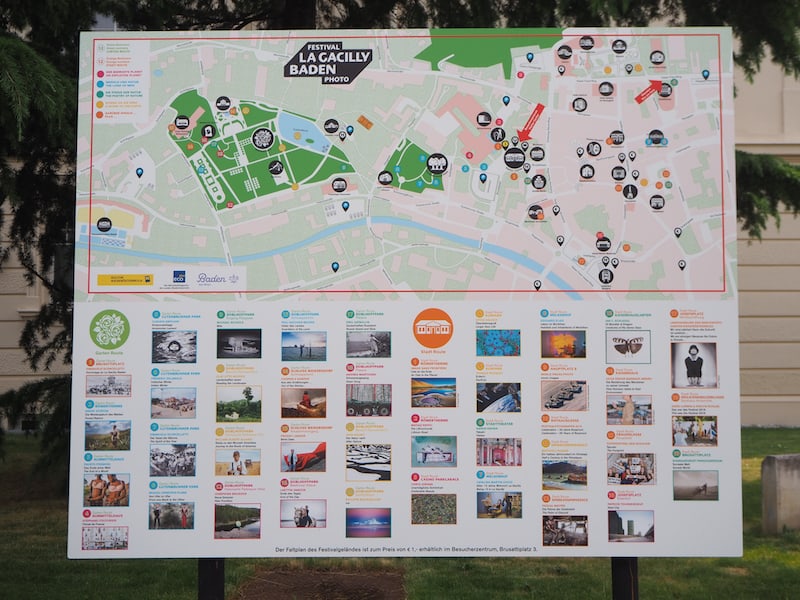 From a four-kilometre tour through the Doblhoff park, the Rosarium rose gardens and the city centre of Baden to currently seven kilometres worth of photo experiences : The photo festival “La Gacilly” once again inspires with photographs that have also won the prestigious “World Press Photo” award.

The name of the photo festival, “La Gacilly”, points to the French origin of the festival, which comes to Baden every year after its premiere in France. Right now, the current photo exhibition in France is called “Rise in the East”, which will again be in Baden in 2020. Something to look forward to, and mark in your calendar for sure.

Visiting Baden and “La Gacilly”: Take the whole family with you!

Having only recently given birth to our baby boy Liam, my husband Georg and I were understandably a little nervous about how (t)his first trip to Baden would turn out at only three weeks old! It all went really well though, and that might well be due to the relaxed atmosphere of the city of Baden: The parks, the green spaces as well as the picturesque, unhurried little old town all have their soothing effects on both our baby as well as us as young parents. Liam has actually managed to sleep throughout most of the tour, even “allowing us” to have a quiet, undisturbed lunch in the great local restaurant “s’Amterl”. He only woke up when we decided to have ice cream: “Hey, dear parents, what’s with eating ice cream without me!?” 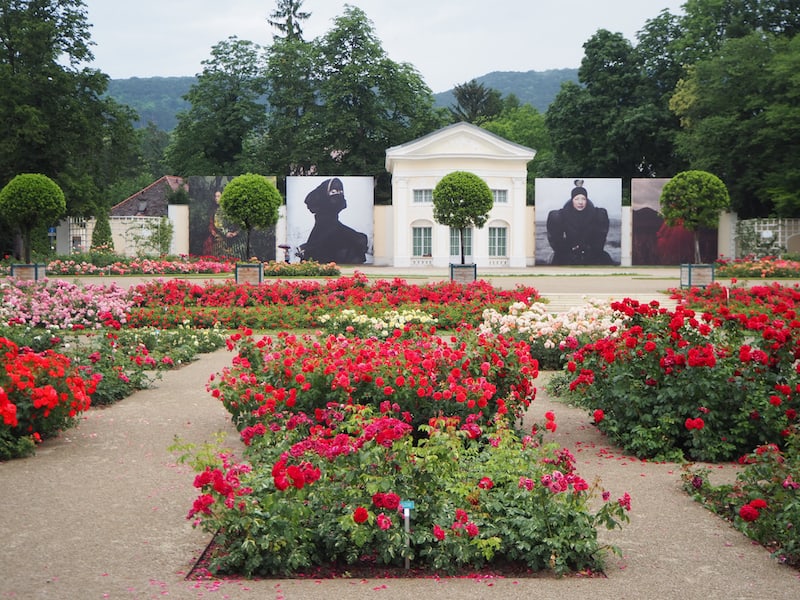 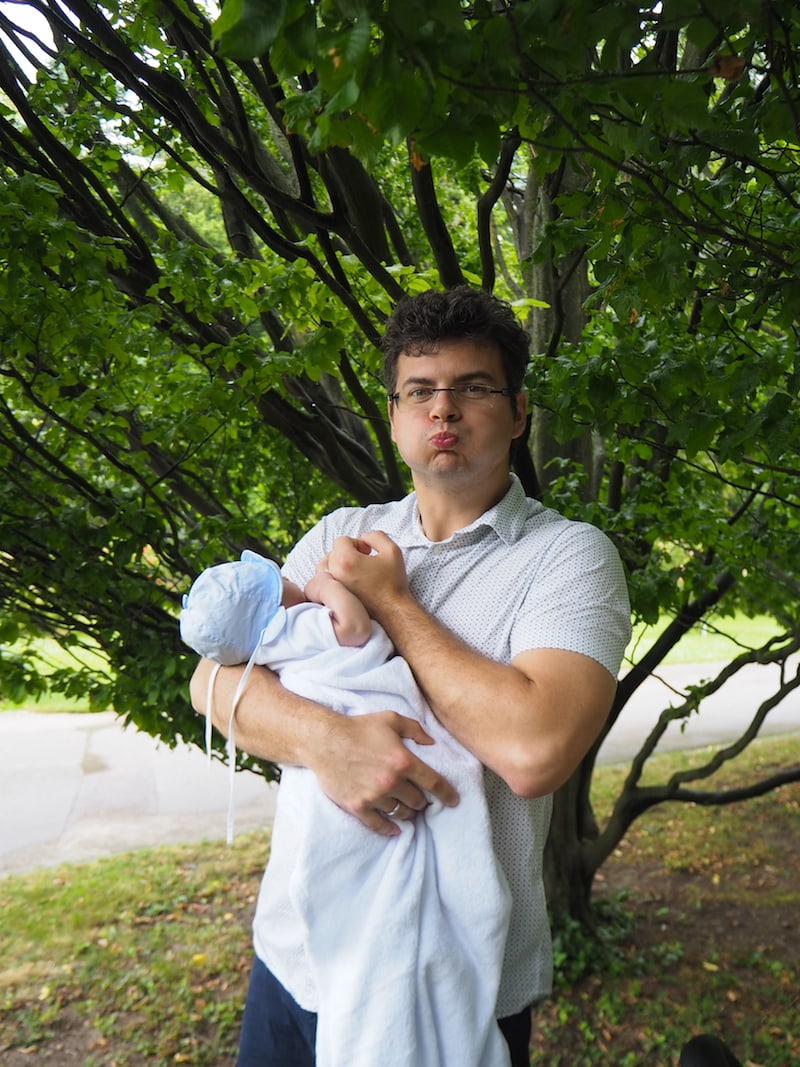 … where daddy Georg is still busy quieting the baby … 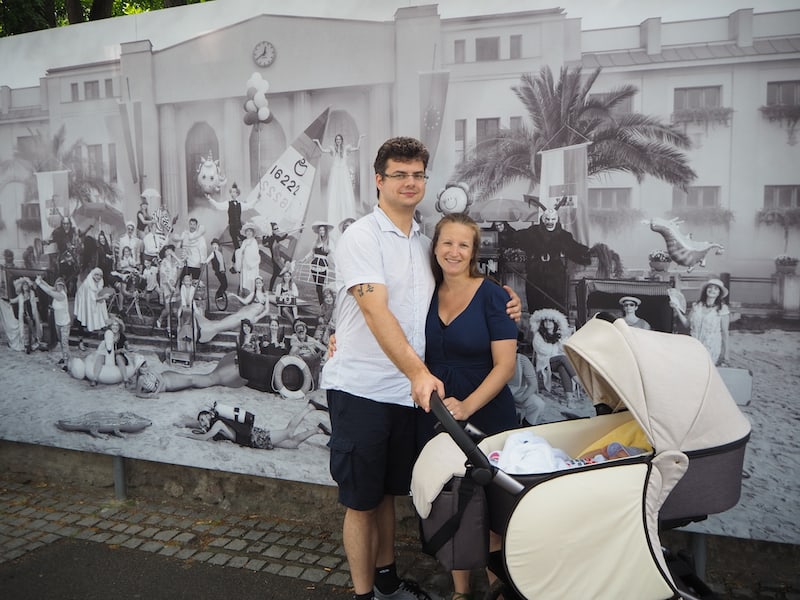 … and finally, the soothing pram makes for a happy baby sleep and we were able to follow our guide’s explanations too … 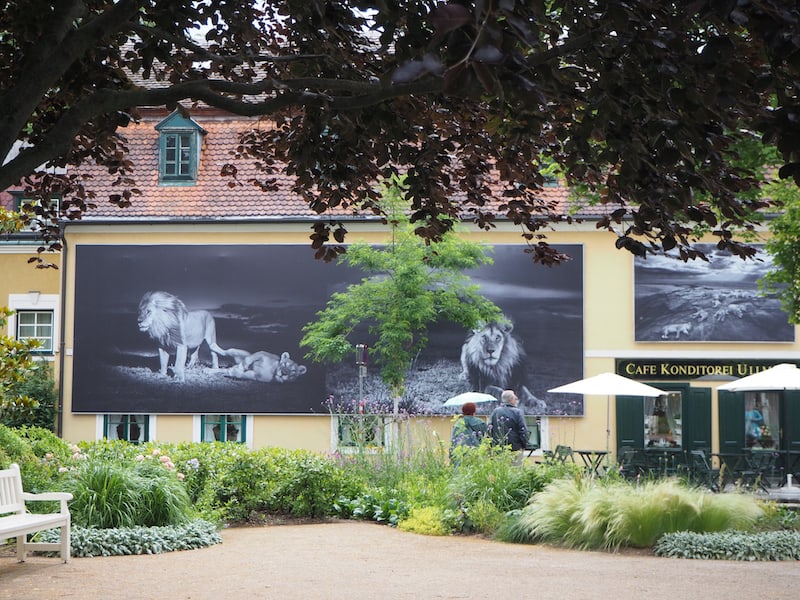 … here is one of my favourite photographs from the whole exhibition: I especially like the contrast of both photograph and location within the city (the Café Konditorei Ullmann on the right here is by the way a great tip for a cosy rest). 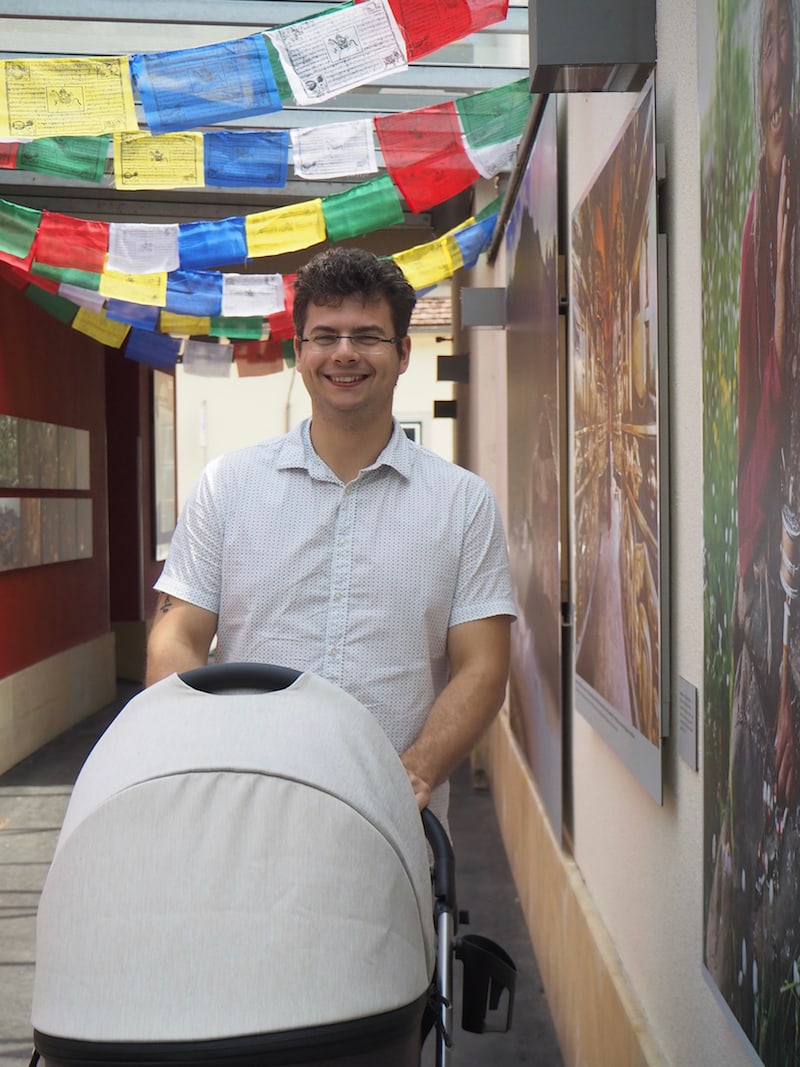 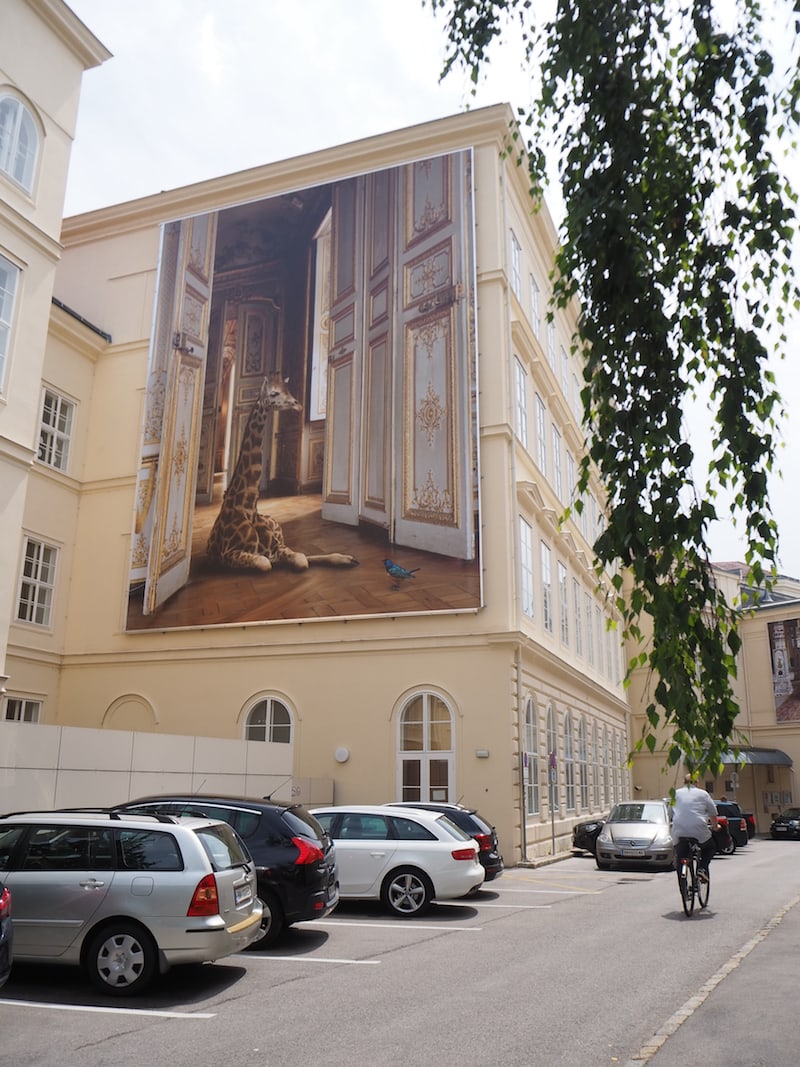 … and how about this “fabled image” of 200 square metres right inside the city centre? 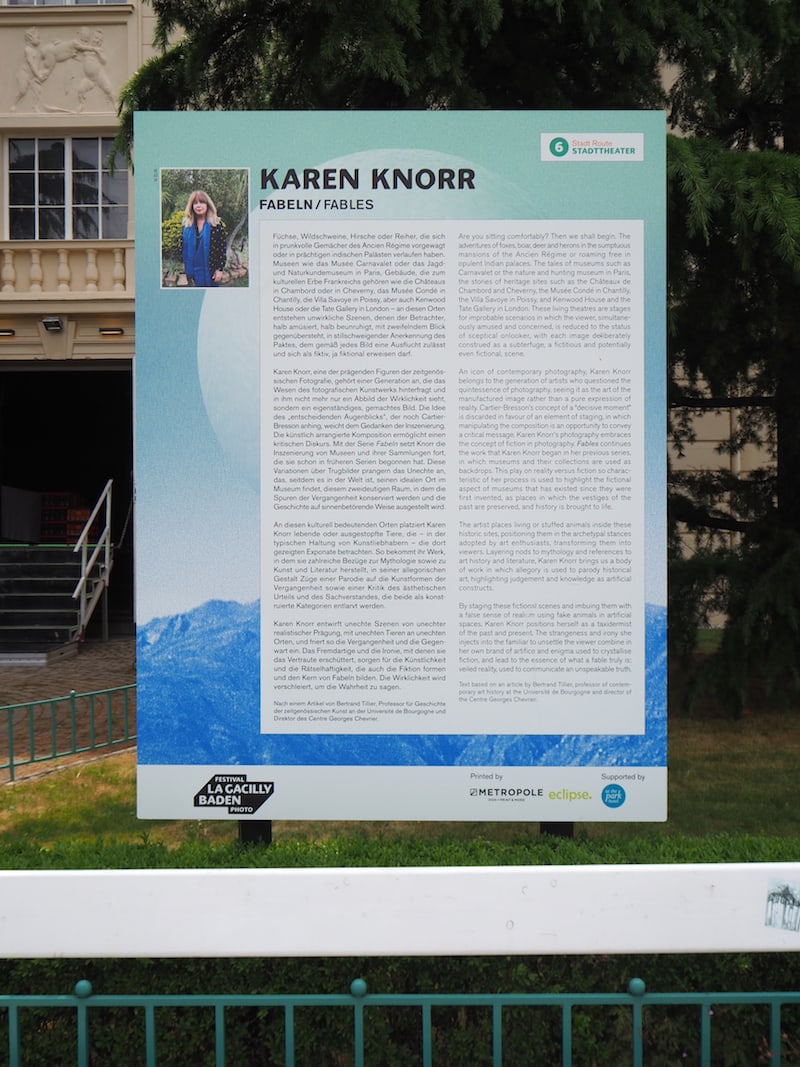 Information on all of the almost 40 photographers, and their 3.000 photographs, is easily provided, too: Do bring enough time with you if you really want to follow through on all the details and information provided.

You can also check out the festival event calendar here: http://festival-lagacilly-baden.photo (English version available). All photographs are exhibited free of charge until the end of September 2019: Only those photographs, which were awarded with the “World Press Photo Award”, come with a minimal admission fee. They are exhibited in a house in Baden in need of renovation, and provide an exciting contrast to the subjects presented. 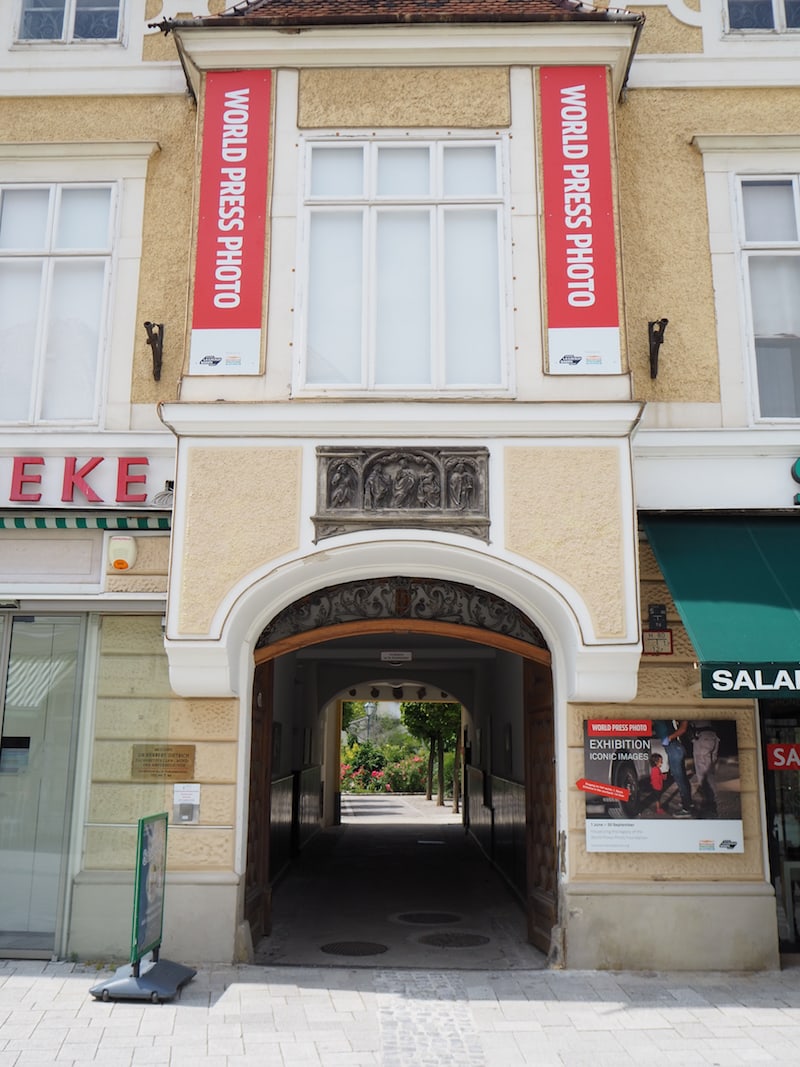 Special exhibition “World Press Photo” right off the pedestrian zone in the old town of Baden. 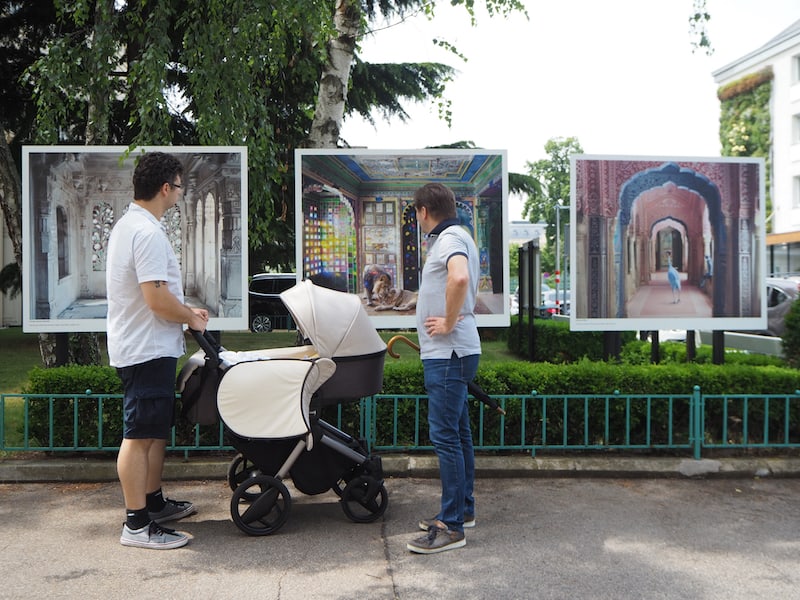 We love being captivated by the images of the photo festival … 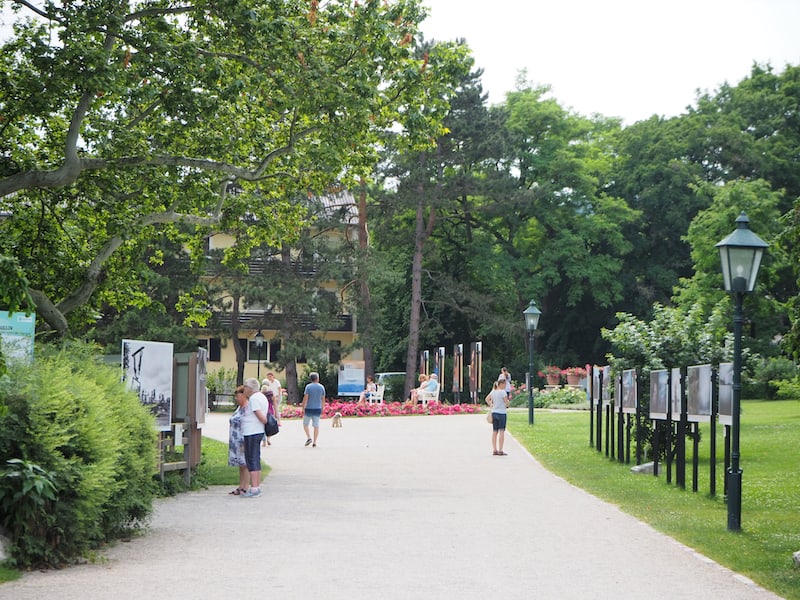 … are certainly aren’t alone: Many people are taken with what’s being shown here, near Schloss Hotel Weikersdorf …

… I even recognise these photographs from a story in the GEO magazine about the Outer Hebrides in Scotland. Cool! 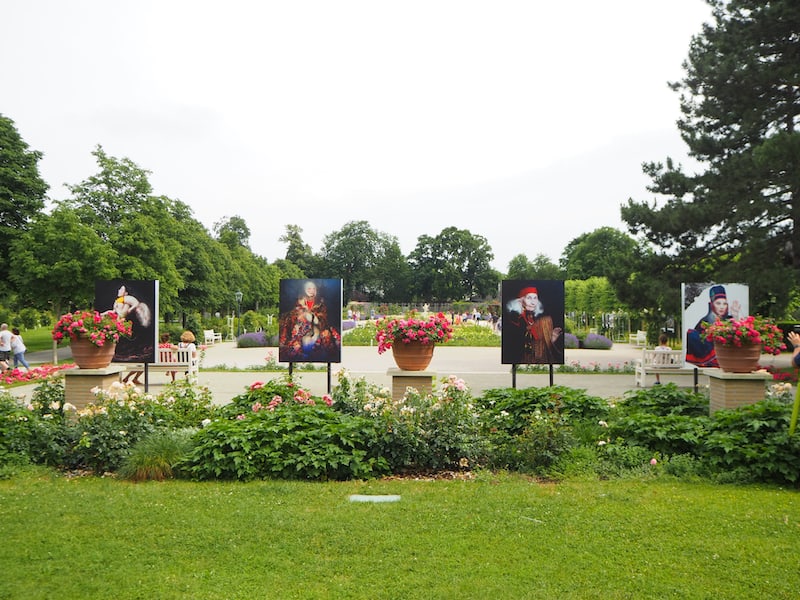 Bye bye Baden: We will have to come back again this year before the exhibition closes: It really is that fascinating, and you cannot take it all in at once!

Check out even more pictures I have taken during the festival walking tour, or follow my InstaStories about our day in Baden:

I have also written about several more activities, possibilities for overnight stays, restaurants and more in Baden:

Check out the following (international) blog posts about the photo festival as well as Baden:

Disclaimer: We have been invited by the city of Baden to enjoy the photo festival “La Gacilly”. All opinions are my own.

Fotofestival #LaGacilly in Baden near Vienna: Check out...